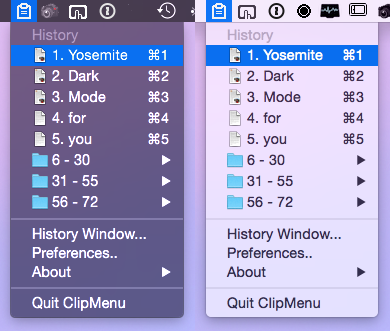 ClipMenu is back after a long absence. I'm sorry to have kept you waiting for such a long time.

ClipMenu has been rewritten from scratch in Apple's new Swift language. So it is suitable for Mac OS X 10.10 Yosemite and 10.9 Mavericks.